Posted on December 3, 2015 by Elinor Caiman Sands — Leave a comment

Don’t laugh, but I’ve made the decision to take myself less seriously. This coming from the person who spends half her life as a cartoon alligator and writes this the Happy Snappy Gator Bog. But yes, I mean it.

For a time I was a little too sucked into the “must be serious” and even “must forge a career” culture among many of my fellow writers. Some of those guys are extraordinarily hard core. This despite the fact many successful writers never have a “career” at all but simply write the occasional well-received novel or short story. Maybe they never sell that many books or make much money but of course that’s not why they do it. Making money or enjoying huge success was never why I started writing either. Forging a career was never the aim. But for a time I got sucked into an online culture which propelled me in directions I didn’t ever want to go. All I’ve ever wanted from writing is to leave something behind when I’m gone. All I need to do for that is to write some fiction that’s worthy of leaving behind. And I’ve probably already done that. I’ve published some half decent stories. If I fall under a bus tomorrow they will still be around for a little while at least. One is even in an Aurora Award nominated anthology.

So this is a general statement to myself and anyone who cares to read it that I’m taking myself less seriously. There are writers who consider “their writing” golden and special which is why they Must Get It All Down or die. There are those who must get as much down as possible in order to make as much money as possible and be as widely read as possible. But I just don’t think I’ve ever fitted well into either category. I’ve just never been that serious. That doesn’t mean I intend to stop writing. I shall continue to potter along at my own lazy gator pace, and if I go through periods of not writing because of boredom or because I don’t have anything in particular to say I won’t make myself feel guilty about that.

Anyway, as if to prove that I’m not actually planning on putting my word processor in the recycle bin quite yet last night I received another Honorable Mention from the Writers of the Future Contest. As ever these days I had to check back through my records to remind myself how many I have now. It looks like this one is number seven. Plus of course my semi finalist place from a few years back. Unfortunately this time gator didn’t even crack open an eyelid when I told her. I guess she’s as underwhelmed as I am. Oh well. 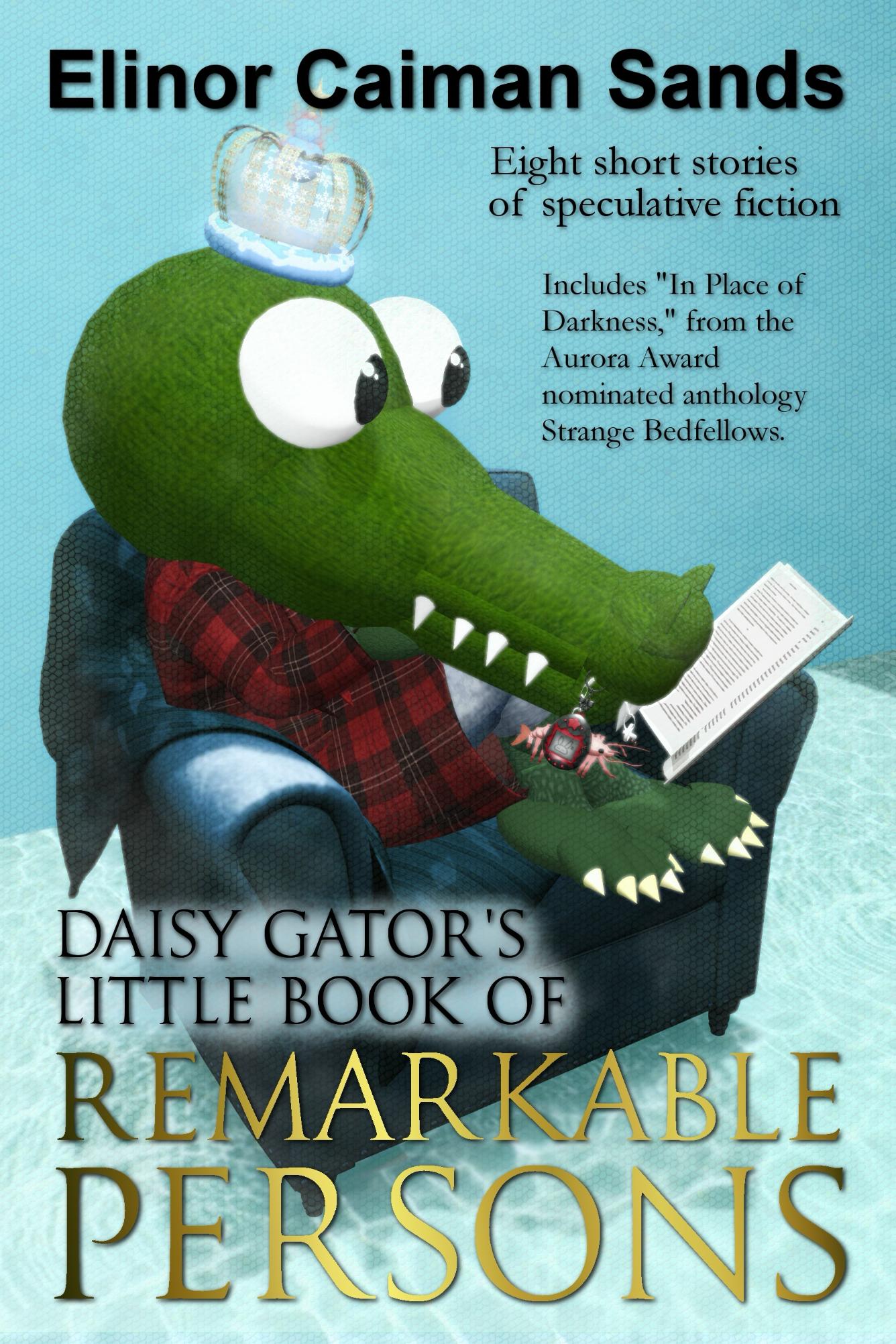